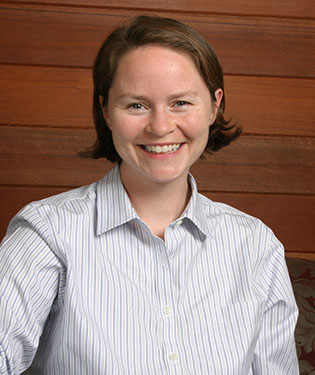 Ms. Burroughs joined the firm in 2007 and became a partner in 2011. Her practice emphasizes medical malpractice, employment law, nursing home cases on behalf of the elderly and disabled, and complex litigation.

Notably, Ms. Burroughs was one of the trial team in Lavender v. Skilled Healthcare, which resulted in a $677 million jury verdict, the largest ever awarded in Humboldt County.  Ms. Burroughs and the Lavender trial team were awarded The Public Justice Foundation's 2011 Trial Lawyer of the Year and honored by Consumer Attorneys of California with the 2011 Consumer Attorney of the Year award.  Ms. Burroughs made the list of 2011 and 2012 Rising Stars for Northern California, and in 2013, she was named to the Northern California Super Lawyers list.

Ms. Burroughs continues Janssen Malloy’s long-honored commitment of serving as a Board Member for Legal Services of Northern California. She also serves in the Redwood Office’s civil clinic with other Janssen Malloy attorneys, providing legal advice and counsel to the disenfranchised.

For almost a decade, Ms. Burroughs served on the Board of Governors of California Women Lawyers, representing a district comprised of 19 Northern California counties.

Born and raised in Humboldt County, Ms. Burroughs is admitted to all U.S. District Courts in California, as well as the Ninth Circuit United States Court of Appeals.  She formerly served as the President of the Humboldt County Bar Association.