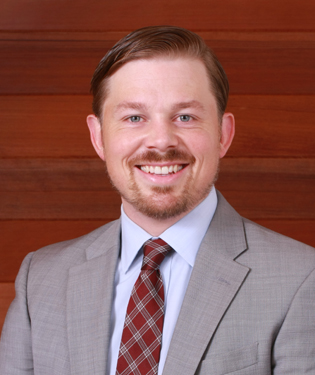 Mr. Nims joined the firm in 2015 and became a partner in 2019. His practice focuses on Real Property and Business Litigation, representing plaintiffs in Personal Injury matters, and Criminal and Juvenile Delinquency Defense.

David spent the first four years of his career as a trial attorney, first at the Humboldt County District Attorney’s Office, where he prosecuted cases ranging from misdemeanors to serious and violent felonies. He then worked on the other side of the aisle at the El Dorado County Public Defender’s Office, where he represented juveniles, individuals on conservatorships, and adults charged with misdemeanors and felonies. Since returning with his family to Humboldt County and joining Janssen Malloy in 2015, David has continued to conduct jury and court trials, including obtaining successful verdicts in civil and criminal matters in Humboldt and Mendocino County Superior Courts.

David obtained his B.A. from the University of California at Davis, majoring in History and German. He then graduated from the University of California, Hastings College of the Law in San Francisco, where he served as a Senior Articles Editor on the Hastings Women’s Journal and as President of the school’s chapter of the American Constitution Society. David competed for, coached, and served on the board of one of the top-ranked Moot Court programs in the nation.