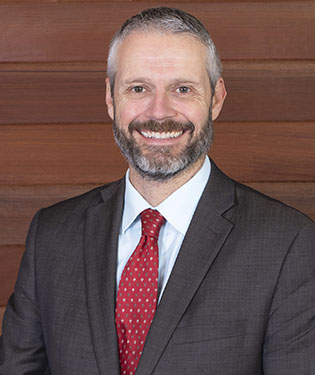 Mr. Griego is a trial lawyer experienced in complex civil litigation and criminal defense. He has been honored by multiple state and national legal organizations, including awards for both California and National Trial Lawyer of the Year.   In 2010 Mr. Griego was part of the Janssen Malloy LLP legal team which obtained the largest jury verdict in Humboldt County history. In 1997, he began his legal career at Kirkland & Ellis in Los Angeles, representing major corporations in product liability, toxic tort, contract, intellectual property litigation, and class action lawsuits. Mr. Griego relocated to Humboldt County in 2001, and gained valuable trial experience working as a Trial Deputy in the Humboldt County Public Defenders Office before becoming a partner at Janssen Malloy LLP. Mr. Griego has successfully tried numerous civil and criminal jury cases to verdict.

Mr. Griego attended the University of Arizona College of Law, graduating at the top of his class and with honors. (J.D., 1997, Summa Cum Laude (top 5%), Order of the Coif.)  While in law school, Mr. Griego served on the law review and was elected Articles Editor for the Law Review where he selected and edited articles submitted from law school faculty throughout the country.  While on the law review, Mr. Griego also received an award for publishing the Best Student Note for the law review. See "The Great Writ May Once Again Deliver Justice to Arizona's Most Deserving Prisoners - An analysis of Beam v. Paskett". In 1996, the Tucson Defense Bar selected Mr. Griego as the recipient of its Ethics Award, awarded to the student with the top grade in Legal Ethics.

Public Justice, America's Public Interest Law Firm, selected Mr. Griego for its coveted National Trial Lawyer of the Year Award at an awards ceremony in New York in 2011. The recognition was based on Mr. Griego's trial work in the case Lavender v. Skilled Health Group, Inc., which resulted in a $677 million verdict against a corporate nursing home chain that had understaffed its facilities below the state required minimum staffing requirements. The verdict is the largest verdict in Humboldt County history and the largest recorded jury verdict in the country against a nursing home operator. Mr. Griego and his colleagues who tried the Lavender case are the only attorneys in Humboldt County to have ever received this national honor.

2011 CONSUMER ATTORNEYS OF CALIFORNIA ATTORNEY OF THE YEAR AWARD

Consumer Attorneys of California selects one case each year for recognition based on the skill and work involved and the impact that the case will have for consumers in California.  In a ceremony in San Francisco in November 2011 Mr. Griego and his colleagues on the Lavender v. Skilled Health Group, Inc. case were awarded the California Attorney of the Year Award.  Mr. Griego and his colleagues at Janssen Malloy LLP are the only Humboldt County Personal Injury attorneys to have ever received this award.

In 2011 Mr. Griego was named to the Northern California Super Lawyers list as one of the top attorneys in California for 2010. No more than 5% of the lawyers in the state are selected by Super Lawyers. Super Lawyers, part of Thomson Reuters, is a rating service of outstanding lawyers from more than 70 practice areas who have attained a high degree of peer recognition and professional achievement. The selection process is multiphasic and includes independent research, peer nominations and peer evaluations.

2009 CALIFORNIA LAWYER OF THE YEAR

In 2009, Mr. Griego was selected by California Lawyer magazine for the prestigious CLAY award, recognizing the California Lawyers of the Year. California Lawyer magazine selected Mr. Griego for his extraordinary achievement in the field of Employment Law in 2008 based upon his representation of more than 1,000 rural workers, claiming that they were denied overtime wages by being misclassified as tulip harvesters.  Mr. Griego logged more than 600 hours for his clients and was able to secure an award in excess of one million ($1,000,000) dollars for the class.  The award was handed out by the California Supreme Court's Chief Justice.

2009 STREET FIGHTER OF THE YEAR

California Consumer Attorneys of California awarded Mr. Griego the honor of Street Fighter of the Year in recognition and appreciation of how small practitioners in California use skill and determination to create a more just society for California Consumers Regardless of Profit or Personal Benefit. Mr. Griego is the only attorney in Humboldt County to have received this award.

Mr. Griego received a "superb" rating of 10/10 from AVVO , a legal ratings site for California Attorneys.

Mr. Griego has served as the Humboldt County Bar Association's Treasurer since 2008 and also serves as a member of Legal Services of Northern California, where he performs pro bono work for indigent clients. Mr. Griego was elected to the Board of Governors for Consumer Attorneys of California in 2009.  Mr. Griego is also the former president and a current member of the Humboldt County Criminal Defense Bar.  He is a member of the California State Bar and admitted to the U.S. District Court for the Northern, Eastern, Southern, and Central Districts of California.